Presentation
Identification
Names
Uses
Formerly called the "son before the father," because the Coltsfoot bloom well before the leaves appear.

Throughout southern and central Quebec and Saguenay, Basse-Côte-Nord, Bas-St-Laurent and Gaspésie.Present probably further north where man has been established for some time.

Flowering in April and May, sometimes late March.

Looks like several species with yellow flower head, but only the Dandelion is in flowers at the same time.The Coltsfoot is still easily recognizable because it has no distinguishable leaves during flowering and fruiting. 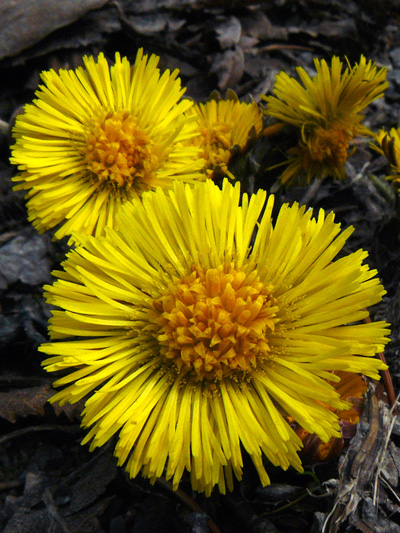