Presentation
Names
Bladder campion may be found under three different forms of reproductive organs: dioecious; plants having only male flowers or only female flowers, monoecious; plants carrying both sexes in separate flowers, and finally, the most common, the plants with hermaphrodite flowers or perfect flowers, flowers with the organs of both sexes (stamens and pistil).Silene vulgaris is introduced since a long time.In certain regions of Quebec it has the appearance of a native plant (St-Lawrence Valley).Leaves "soap" as those of the Common Soapwort.Its french common name "Pétard" (Firecracker) come from the sound made by the flower when pinching its opening, to imprison the air, before striking it abruptly on the back of the other hand 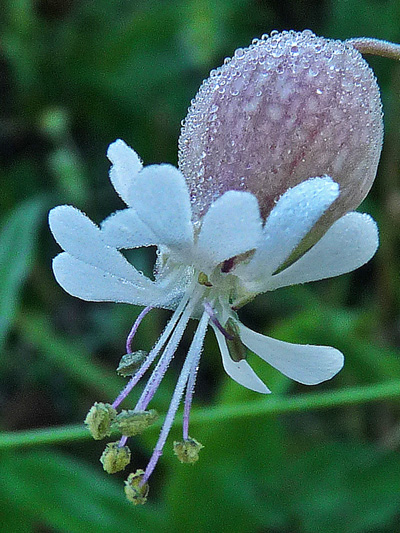