Presentation
Names
Uses
Invasive Species.Purple loosestrife is an introduced that affects the environment in several ways.Introduced in Quebec in the beginning of last century, it is too well acclimated to be eradicate, but we can limit its spread by preventing the transplant, moving or composting of the plant.In Quebec since thirty years, there was a decrease in its population, but unfortunately it is just replaced by other invasive species more aggressive and opportunistic as the Common reed (Phragmites australis) and the Flowering-rush (Butomus umbellatus).Purple loosestrife is tristylous ie that flowers can have pistils (female part that extends the ovary) of three different lengths. 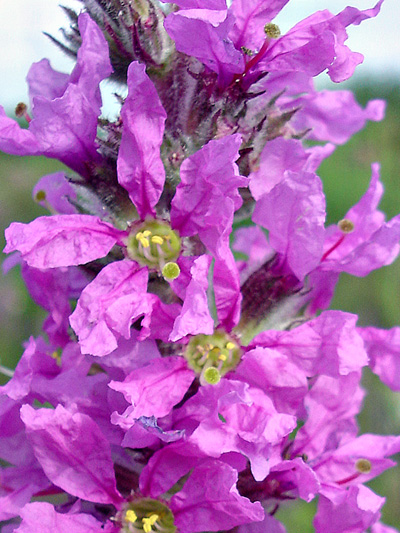